2020 Board Calendar
The Meridian-Kessler Neighborhood Association is a 501(c)3 nonprofit organization...
Fences: What You Need to Know
The MKNA Land Use Committee receives a lot of...
Volunteer Opportunity
The Indiana State Fair is offering a unique, group...
Public Officials Weigh In
In response to public concern as well as the...
49th & Pennsylvania Street
On Monday, June 17, 2019 Circle K hosted two...
38th & Meridian Farmers Market Opens June 7th!
The 38th and Meridian St Farmers Market will be opening...
Traffic Calming Measures On The Way
When it’s summer in Indianapolis, we’ve grown to expect...
Reporting Traffic Complaints
The City of Indianapolis and the Indianapolis Police Department...
2018 Home & Twilight Tour Tickets On Sale Now!
Tickets are now available for the 2018 MK Home...
College Avenue Public Library: May Schedule
The College Avenue Public Library has free, public programming... 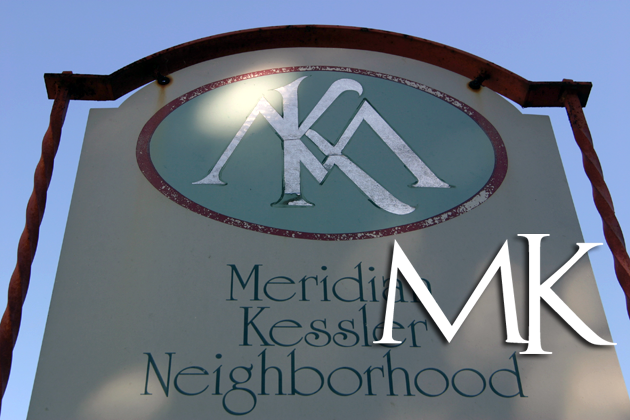 In the spring of 1965, the first African-American family moved into the Meridian Kessler neighborhood. Encouragement by Rev. Gerald Johnson of the (then) Meridian Heights Presbyterian Church, a group of residents “deeply devoted to our area and to justice” met to discuss the formation of a neighborhood group which would:

In early meetings there was prolonged discussion about the boundaries of the proposed new neighborhood. The south and west boundaries were not debatable (38th and Meridian Streets, respectively), because they adjoined existing organized neighborhoods. However, the northem boundary was difficult to determine. At first it was set at 46th Street, then tentatively moved to 54th Street. By the time the constitution and by-laws were finalized, however, those who maintained that a larger group of residents would be more effective politically, succeeded in getting the boundary extended north to Kessler Boulevard.

The name of the new association, based on two of the boundary streets, was coined at that time. Large posters were distributed to the area shopping corners inviting everyone to the first general meeting on June 2, 1965.

At that gathering a sizeable crowd heard Ross Vogelesang, former Director of the Metropolitan Planning Committee, speak of the benefits of neighborhood associations, their purpose, goals, development & design. Prophetically, he discussed neighborhood conversion and rehabilitation, then being considered for the first time in Indianapolis. He pointed out that planning commissions usually hear what people are against, rather than what they want. He suggested that a neighborhood association could petition the city government for attention on specific matters.

Thus from the beginning was the groundwork laid for the positive accomplishments which would become the hallmark of Meridian-Kessler actively. Its success owes much to the vision and dedication of the original steering committee – particularly to its catalyst, Rev. Johnson. Other members were: Pat Ulen, Betty Haerle, Shirley Hook, Ted Boehm, Rev. David Lawler (former pastor of Immaculate Heart of Mary Church), Lois Otten, George Smith, Marie Robb, and Catherine Brown. Two members who lived in adjoining neighborhoods provided invaluable counsel in the early stages; they were Mr. George Spriggs and Mrs. Mary Staten.

Learn more about the founding of MKNA. Read the article “Some things never change, but sometimes things get even better” by Kathleen Berry Graham, in the Fall 2015 edition of our magazine MK Spark.
As the Meridian~Kessler Neighborhood Association turns 50 years old, Ted Boehm, one of the original founders, and a few key leaders remember the uncertain times, toast the vibrancy of today and await what might come next.

From 38th to Kessler Boulevard and
Meridian Street to the Monon Trail.
•
We are a community of residents (younger & older), homes (from multi-unit to mansions and everything in between), local businesses (larger & smaller, established & emerging), schools (public and private) and a variety of faith based communities.
•
In the heart of Midtown Indianapolis. 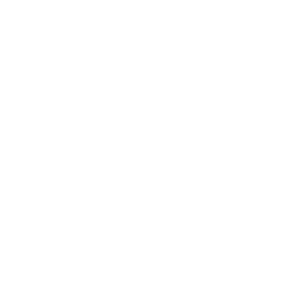